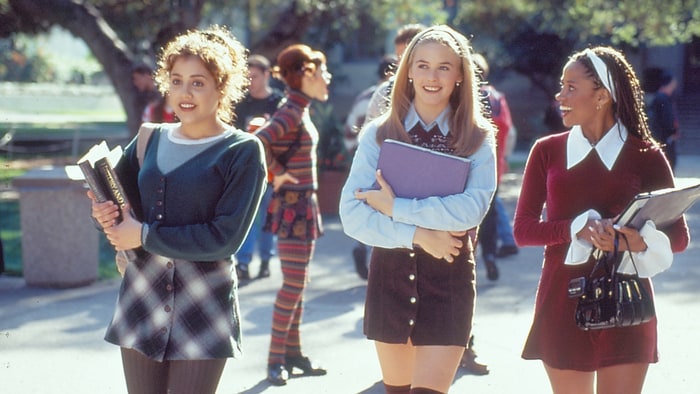 While this is technically a high school reunion movie, I think it should still fall under the same umbrella. Plus, it’s John Cusack, who carried more than a few high school movies in his day, and still brings the same essence to this one. This movie has a great story, a great soundtrack (released in two volumes!) and hilarious performances all around. If only 10-year high school reunions were as fun as they appear in the movies. I left mine after about an hour.

A classic. I’ve lost count how many times I’ve seen this movie. My sister and I will forever use the phrase ‘piece of tin.’ Thanks, cable tv! I always wanted to be as cool as Ferris. He was way ahead of the game when it came to technology. How did he hack into the school’s network to change the number of days he’d been absent? Everything about this movie is perfect, from the characters, to the development of the story, to the ending.

High School Horror! This movie is great. The most self-aware horror movie, by design, and a real who’s who of 90’s teen stars. I remember being freaked out at the opening scene when Drew Barrymore is all gutted and hanging from the tree. That was wild, man. I also love the name of the town ‘Woodsboro.’ It’s definitely a great name for a horror movie town. What ever happened to Skeet Ulrich?

This movie has climbed up my list over the last 10-15 years. Mostly by watching it on cable or on DVD with the wife. Plus, Paul Rudd before he was Paul Rudd! I would have loved to see Alicia Silverstone’s career take off after this movie, I blame Batman & Robin for putting a stop to that. Speaking of which, has anyone seen ‘The Babysitter’? I have not, but having read the plot summary on IMDB, I’m hooked:

The second Cusack film to make the list. Great music and great dialogue throughout the whole movie. I had a hard time picking between this and ‘Say Anything’, but it came down to the fact that I’ve seen this one a lot more. Plus, it has a better movie poster: